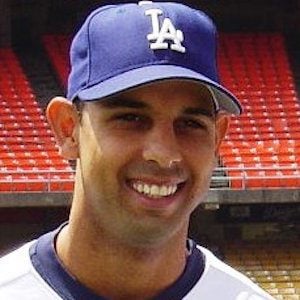 Former infielder known for playing second base and shortstop for the Los Angeles Dodgers from 1998 to 2004. He played for several other teams and became a manager after retirement. In 2018, he became manager of the Boston Red Sox and he led the team to a World Series title in his first season.

A 12th round draft pick in 1993, he eschewed a professional contract to play at the University of Miami. He was drafted by the Dodgers in the third round in 1996.

He was involved in the two longest nine-inning baseball games in the sport's history, one as a member of the Dodgers and another with the Red Sox. He won a World Series title with Boston in 2007.

His brother, Joey, played 11 years in the MLB. He had a daughter with his wife Nilda and has a stepson named Jeriel.

In a game in 2004, he was involved in the third longest at-bat in MLB history on record at the time. Facing pitcher Matt Clement and a 2-1 count, he fouled off the next 14 pitches before hitting a home run.

Alex Cora Is A Member Of