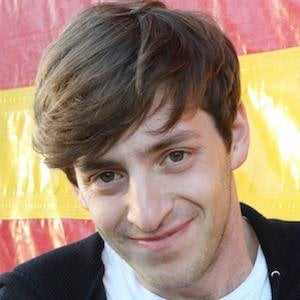 Award-winning comedian best known for his hour-long show Millennial, which made a splash winning Best Newcomer at the Edinburgh Fringe Festival. He then released the acclaimed followup show titled Everything Handed to You. He also did a special called Live from the BBC.

After graduating from New York University in 2012, he emailed Upright Citizens Brigade to join the cast of their show Gentrify, from there on changing the way he approached comedy.

A skilled writer, he has penned material for The Atlantic, Thought Catalog, and a number of other outlets.

He was raised an Orthodox Jew and has often used his heritage as a source for jokes in his sets. He's dated fellow comedian Katherine Ryan.

He has opened for and toured with a number of comedy greats including Eddie Izzard, Patton Oswalt, and Simon Amstell.

Alex Edelman Is A Member Of