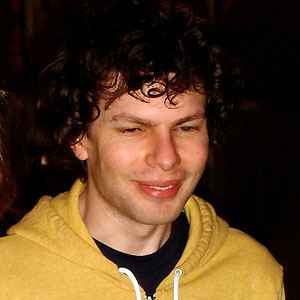 English comedian who hosted both Popworld and Never Mind the Buzzcocks. He also co-wrote and starred in the BBC Two sitcom Grandma's House.

He took part in the 1993 Channel 4 game show GamesMaster, and then appearing in a morning talk show, where he did an impression of Dame Edna Everage.

He first appeared on Never Mind the Buzzcocks, a pop quiz show, when it was still hosted by Mark Lamarr, and guest-hosted for a while after Lamarr's departure.

He was born into a Jewish family, his parents divorcing when he was young, and he discusses both in his comedic routines.

In 2012 he crossed the pond to appear on the American pop quiz radio show, Wait Wait... Don't Tell Me!, which is hosted by Peter Sagal.

Simon Amstell Is A Member Of