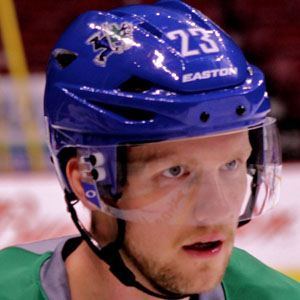 Swedish NHL defenseman who began his career with the Vancouver Canucks in 2003.

He won gold playing for Team Sweden in the 2013 IIHF World Championships.

He was raised with a brother named Jens, and a sister named Katarina.

He played alongside Daniel Sedin on the Vancouver Canucks.

Alex Edler Is A Member Of