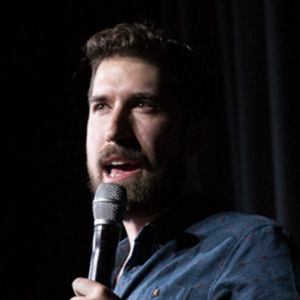 Standup comedian and comedy writer whose first Netflix special was released in 2017. He writes for the sports comedy YouTube channel Deportology, which has 200,000 subscribers.

He graduated from the Technological and Higher Education Institute of Monterrey with a degree in marketing.

In 2017 he was the storyteller in the Drunk History episode "The Blurred Side of History".

He has a pet pug named Molcas who appears on his Instagram frequently.

On December 1, 2018, he posted a photo to Instagram of him working with Eugenio Derbez. The caption read "Pleasure to work with someone I've always admired."

Alex Fernández Is A Member Of