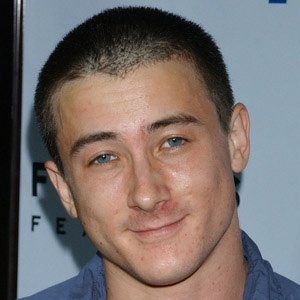 He played a bully in the 2008 Owen Wilson movie, Drillbit Taylor.

He is the son of Debbie and Jack Frost. He has a brother named Chris.

He starred in the 2003 Gus Van Sant film, Elephant, which chronicled the events leading up to the infamous massacre at Columbine High School.

Alex Frost Is A Member Of