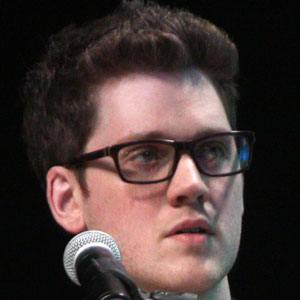 Singer who rose to fame for making covers of popular songs and posting them on his gootmusic YouTube channel, which has earned more than 3.7 million subscribers. He is a multi-instrumentalist who can play bass guitar, among other instruments.

He started recording songs in 2004 at age sixteen.

He founded Gootmusic, the company that helped him to distribute his music.

He was raised in Poughkeepsie, New York and later moved to Los Angeles. He married fellow YouTuber Elle Fowler in 2016.

In September 2013, he posted a cover of Katy Perry's song "Roar" to his YouTube channel. He has also performed multiple covers with drummer Will Ferri and the rest of the band Against the Current.

Alex Goot Is A Member Of