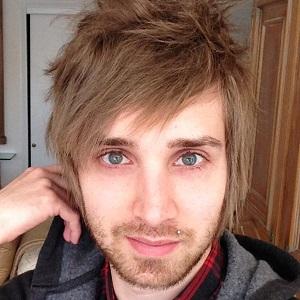 Founder and guitarist of the post-hardcore band The Gift of Ghosts, which gained fame after the release of their single "I, The Architect."

He started playing guitar at age 10 and began playing in bands at age 12.

He owns a production company called Blackwolf Imaging and he directs music videos for bands in the scene/rock/metal genre.

His parents are Dean and Sherry. He has two sisters, Jenny and Andrea, and comes from a musical and artistic background. His dad is a cinematographer as well and has won two Grammys.

He and Kevin Gruft are both guitarists for post-hardcore bands.

Alex Kouvatsos Is A Member Of