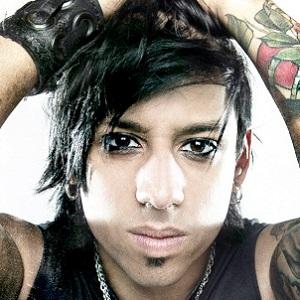 Lead guitarist and songwriter of the post-hardcore band Escape the Fate who is known for his virtuoso playing abilities and energetic live performances. He is a rock and pop music producer and session guitar player when not on tour.

He was in a band called Lovehatehero, and toured in a make-shift airport shuttle bus called Cityride. He began playing guitar at the age of 8 and became the youngest person to have ever played CBGB club in New York City.

He was animated into the Nickelodeon TV show Jimmy Neutron in an episode called "Attack of the Twonkies." He also recorded two songs for the show. His nickname is Thrasher.

He was born in Albany, New York.

He and TJ Bell have both played guitar for Escape the Fate.

Kevin Gruft Is A Member Of