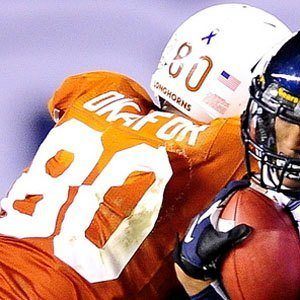 Outside Linebacker and sack specialist from the University of Texas was selected in the fourth round of the 2013 NFL draft by the Arizona Cardinals.

He was named an All-American by USA Today after his senior season at Pflugerville High School.

He was coached by Mack Brown during his time as a Texas Longhorn.

Alex Okafor Is A Member Of