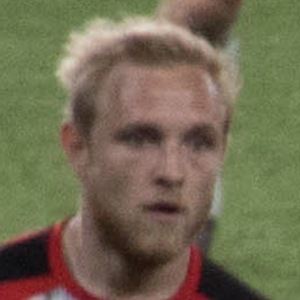 Premier League winger and attacking midfielder who made his debut in the league with Tottenham Hotspur. He would later join EPL side West Brom on loan.

He grew up playing youth soccer for West Ham United, but eventually joined Tottenham, with whom he'd eventually make his professional debut.

He earned 12 caps between the English U20 and U21 squads while growing up. He was named to the Football League Championship PFA Team of the Year in 2014-2015 for his performance while on loan to Brentford.

He grew up in Orsett.

He became teammates with Darren Fletcher when he was loaned to West Brom.

Alex Pritchard Is A Member Of