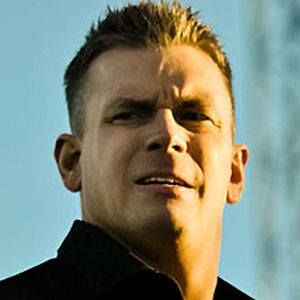 WWE wrestler who was in an episode of Raw with wrestling legend John Cena. He joined the WWE in 2007 and competed on the second season of the series NXT.

He majored in communications at Boston College while playing linebacker on the school's football team.

He grew up loving sports because his father, Kevin Kiley, was a ESPN sportscaster.

He began dating lingerie football player Eliese Zukelman in 2012. He was raised with a younger brother named Kristopher.

He was defeated by Dolph Ziggler in Smackdown's World Heavyweight Championship Money in the Bank match in 2012.

Alex Riley Is A Member Of