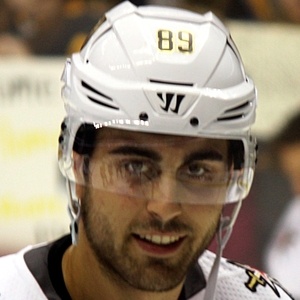 Right wing and center who was selected 18th overall in the 2014 NHL Draft by the Minnesota Wild. He has also won a bronze medal for Team USA at the 2013 World U-17 Hockey Challenge and a gold at the 2014 IIHF World U-18 Championships.

He scored 44 goals and tallied 57 assists in 40 games with the Syracuse Jr. Stars of the Empire Junior Hockey League during the 2011-12 season.

He played two seasons of college hockey for the Boston College Eagles.

He is the eldest of three siblings born to Carl and Sharon Tuch in Syracuse, New York. His younger brother and sister are twins. They grew up in Baldwinsville, New York.

He was selected three picks after center Dylan Larkin in the 2014 NHL Draft.

Alex Tuch Is A Member Of