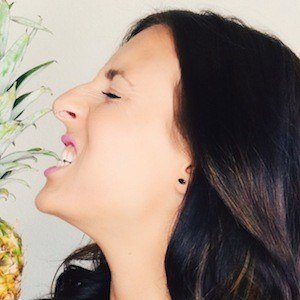 Professional dancer who appeared on season three of America's Best Dance Crew with the all-female break dance crew Beat Freaks. She has made several appearances in popular music videos, movies, and more. She has also been a backup dancer for Britney Spears' Femme Fatate World Tour and the Jonas Brothers Live in Concert tour.

While she grew up despising dance, she once saw a head spin during a Christina Aguilera music video and quickly grew to love it and learned as many different types as she could.

She was the youngest member of the Beat Freaks and considered the most hyper and energetic of the group. She has appeared in popular films such as Stick It, Date Movie, Step Up 2: The Streets, Bring It On: All or Nothing, Prom Night and more.

Her real name is Alex Welch, but she is more commonly referred to as Girl Shorty or Shorty. She was born in Orlando, Florida, but raised in Salt Lake City, Utah. She has also spent time in Los Angeles. She grew up in a family of dancers, as both of her parents were professional ballet dancers.

She got in a physical altercation with Disney star Demi Lovato while she was a backup dancer for the pop singer.

Alex Welch Is A Member Of