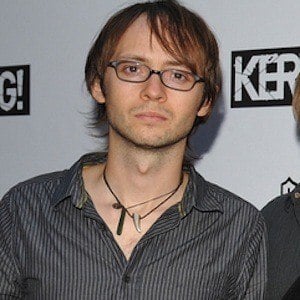 Guitarist and singer known for his time with the band Fightstar. The band is known for their albums Grand Unification and Be Human. They announced a reunion in 2015 after having taken five years off from performing.

He started playing guitar when he was eight-years-old. After performing with some of his future bandmates at a party, he dropped out of college to focus on the newly-formed Fightstar.

He and fellow band member Dan Haigh recorded music for the short film The 3rd Letter.

He grew up in Northamptonshire, England.

He and Charlie Simpson have worked together as part of Fightstar.

Alex Westaway Is A Member Of