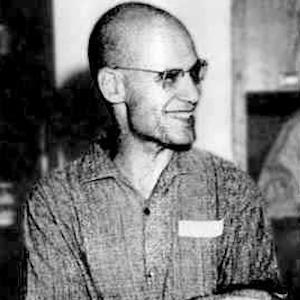 Mathematician known for creating the modern theory of algebraic geometry. His generalization of the classical Riemann-Roch theorem launched the study of algebraic and topological K-theory.

He studied mathematics at the University of Montpellier, but performed better when he studied independently.

He ceased his work in mathematics in 1970 to focus on political activism for eighteen years before becoming stateless and relocating to the Pyrenees.

His parents were anarchists who fled from Germany to France during World War II. His father died in the Auschwitz concentration camp.

He was awarded the Fields Medal in Mathematics in 1966, the same year as Paul Cohen.

Alexander Grothendieck Is A Member Of