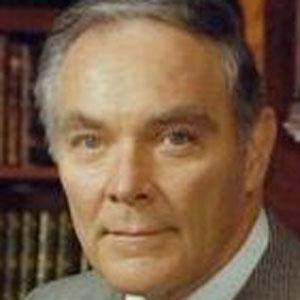 Political general who advised Richard Nixon and Ronald Reagan on international relations and sought the presidency himself. He was the 59th United States Secretary of State from 1981 to 1982.

He earned a Master of Business Administration degree from Columbia Business School in 1955 and a Master of Arts degree in international relations from Georgetown University in 1961 before fighting in the Korean War and Vietnam War,where he received the Distinguished Service Cross, the Silver Star with oak leaf cluster, and the Purple Heart.

He was the White House Chief of Staff when the Nixon presidency was crumbling from the Watergate scandal and his ruthless, politically seeking persona got him nicknamed early on as CinC (Commander in Chief) World.

He had three children with wife Patricia Fox.

Being friends with Richard Nixon had its perks as he rose from colonel to four-star general without once seeing battle.

Alexander Haig Is A Member Of