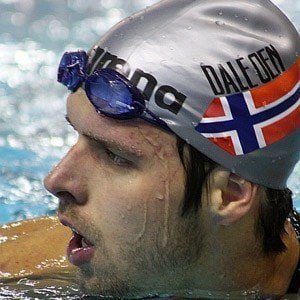 Swimmer from Norway remembered for winning gold in the 100m breaststroke event at the 2008 and 2010 European Championships. He died unexpectedly from a heart attack in April 2012.

He became the first Norwegian swimmer ever to win an Olympic medal after winning the silver at the 2008 Olympic Games.

Following his death, his family was offered a copy of the gold medal won by Hungary's Daniel Gyurta.

He narrowly defeated Japanese swimmer Kosuke Kitajima in the 100m breaststroke at the 2008 Olympic Games.

Alexander Dale Oen Is A Member Of