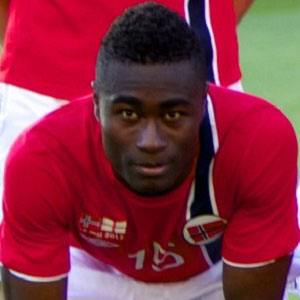 Defensive midfielder who played for Rosenborg from 2003-2009 and made his international debut for Norway in 2007.

He was born in Accra, Ghana.

Striker Grant Holt was his teammate on Norwich City.

Alexander Tettey Is A Member Of