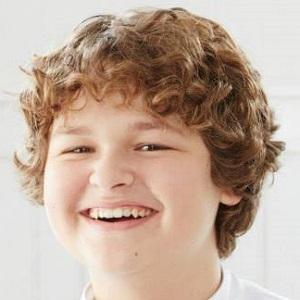 Contestant on the first season of the hit show Masterchef Junior who took home the $100,000 grand prize.

He has been cooking and baking for just about his entire life, always having a passion for it.

He enjoys cooking French and Italian cuisine, but is also adventurous in his cooking. Living in Manhattan has kept his life exciting.

He grew up in New York City. His dad, Mark, is a photographer from Los Angeles and his mother is Canadian.

He won the inaugural season of Masterchef Junior, which was hosted by Gordon Ramsay.

Alexander Weiss Is A Member Of