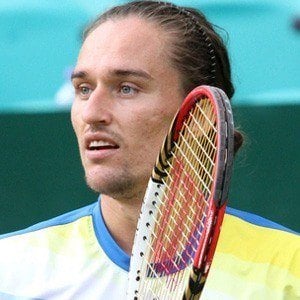 Known for his compact, quick serving motion and the variety of pace and spin on his groundstrokes; won his first ATP tournament in 2011.

He competed in the Davis Cup for Ukraine.

His father Oleksandr Dolgopolov was a professional tennis player, and his mother was a gymnast.

His ability to effectively hit so many different types of shots allowed many to compare his game to Wimbledon and U.S. Open champion Andy Murray.

Alexandr Dolgopolov Is A Member Of