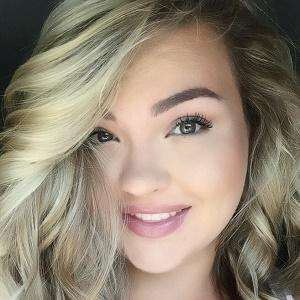 Well known by her YouTube channel name LearningToBeFearless, she is a hair, makeup and fashion content creator who also discusses body positivity.

She launched her LearningToBeFearless channel in October of 2011. She deleted her first video, but she posted her second video, "First OOTD! - Curvy girl edition!," in June of 2012.

She has been featured by The Huffington Post and AndPop. She partnered with Style Haul.

Her father worked as a lifeguard in Florida. Her parents divorced when she was three. She has posted photos with her boyfriend Alan on Instagram.

In May of 2015, she collaborated with Loey Lane on a video titled "Bad Blood - Taylor Swift MAKEUP TUTORIAL."

Alexandra Airene Is A Member Of