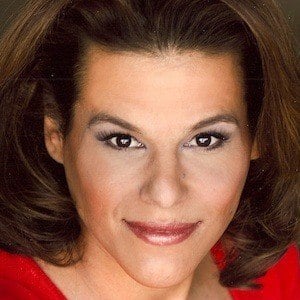 Actress famous for being the second openly transgender woman to have played a transgender character on TV with her role in the television movie Romy and Michele: In The Beginning. She later earned a major recurring role in Amazon's acclaimed series Transparent as Davina.

She became involved with the theater when she was just five years old. She worked under the stage named Shante at a famed lounge in Chicago, Illinois in the early 1980s.

She has won a number of beauty contests, earning the titles of Miss Wisconsin, Miss New York, Miss Chicago, Miss Illinois, and Miss Florida. She is a professional singer as well.

Her father Robert Billings taught music at Harbor College in Los Angeles in addition to serving as the musical director for the L.A. Civic Light Opera House for close to two decades. She married Chrisanne Blankenship in 1995.

Her character in Transparent befriended the character portrayed by Jeffrey Tambor.

Alexandra Billings Is A Member Of