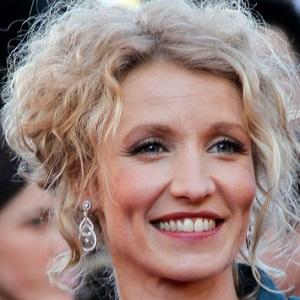 Known best as the ex-wife of Oscar-winning actor and comedian Jean Dujardin, this screen actress appeared with her husband in the French-Canadian comedy series Un Gars, Une Fille and also starred in such French films as The Finishers and Ricky.

She grew up in France's Val-de-Marne region in a family of entertainers: her sister, Audrey, played the lead role in a French television comedy series.

She starred as Julie in the 2014 French comedy movie Jamais le Premier Soir.

Her first marriage, to Swiss-born French actor Thomas Jouannet, lasted from 1995 until 2003. She married Jean Dujardin in 2009; the couple divorced in 2013.

She was directed by Francois Ozon in the 2009 fantasy movie, Ricky.

Alexandra Lamy Is A Member Of