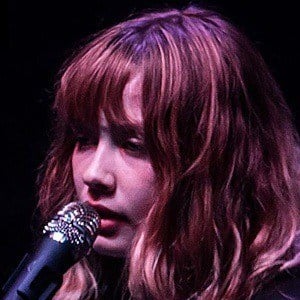 Singer-songwriter who rose to fame for her debut album Belladonna of Sadness released in 2017. The album was written with Arctic Monkeys singer and guitarist Alex Turner.

She first became interested in songwriting at the age of fourteen. She first gained attention at seventeen covering Courtney Love's "Big Jet Plane" on YouTube.

She released her debut single "Shades" in June 2016 and followed up in September with "M.T.M.E."

She was born Alexandra Savior McDermott in Portland, Oregon.

Early in her career in 2013, she modeled for fashion designer Erin Fetherston.

Alexandra Savior Is A Member Of