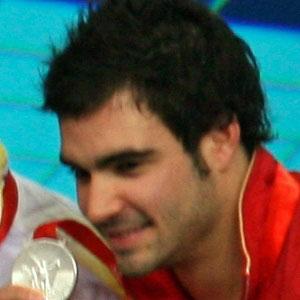 World Champion diver who became the first ever diver to become a World Champion in 3 categories, doing so in the 1, 3 and 10-meter platforms. He has since pursued a career in broadcasting, anchoring Canada's French-language broadcasts of the Olympic Winter Games.

He started diving in his family's backyard pool at age 5. He first gained national attention at the 1998 Commonwealth Games, where he won gold in the 10-meter platform.

He played a diver in the 2006 teen comedy A Vos Marques! Party!. He received acting training from Quebec actress Louise Lapare for the role.

His parents are Pierre Despatie and Christiane Desjardins.

He and England's Tom Daley are both World Champions in diving.

Alexandre Despatie Is A Member Of