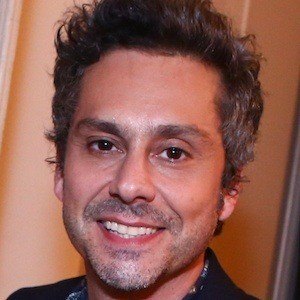 Notable for his award-winning work in the telenovelas A Favorita, Imperio, and Salve Jorge, this Brazilian entertainer is also known for his career as a recording artist. His solo albums include Vendo Amor (2011) and Maquinaima (2001).

Early in his career, he acted in the 1998 film Rosinha, Minha Sereia.

A stage performer as well as a screen actor, he appeared in O Processo, Chicago 1930, Os Leoes, and numerous other plays.

Born Alexandre Nero Vieira, he spent his early years in Curitiba, Brazil. From 2001 until 2011, he was married to actress Fabiula Nascimento.

In 2007, he and Tais Araujo were both in the cast of Brazil's TV Globo network series Casos e Acasos.

Alexandre Nero Is A Member Of