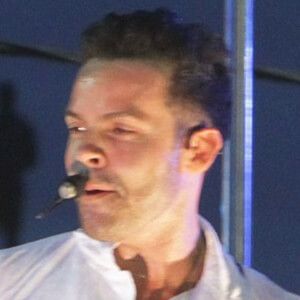 Brazilian singer and songwriter who first rose to fame in 2005 after launching his solo career. He has released numerous successful albums including Peixe Ao Vivo Em Salvador, Luau Bahia, and Peixe # Sotaque.

In 1993, he began writing music at the age of fourteen. He later played guitar in a rock band with his friends while they were in school together. He was also a member of Banda Baranga Pintada.

In 2003, he won Best Song at the Carnaval de Salvador for his single “Voa, Voa."

He was born and raised in Bahia, Brazil.

Like Lucas Lucco, he is a successful singer-songwriter from Brazil.

Alexandre Peixe Is A Member Of