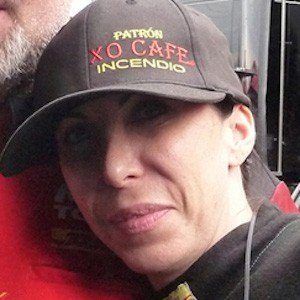 Drag racer and heiress who competes in the National Hot Rod Association and is sponsored by Patron Spirits Company.

She was first exposed to drag racing when she was 16 years old. She began racing herself in 2005. She began in the Super Gas and Super Comp divisions before making the jump to Funny Car in 2011.

Her father always stressed the importance of hard work, so she began working in the different departments of her father's companies. But her passion for racing made her turn a hobby into a career.

She married television personality and motorcycle mechanic Jesse James in 2013. Her daughter Bella was born in 2003.

Her father, John Paul DeJoria, is the founder of Paul Mitchell hair products and the Patron Spirits Company.

Alexis DeJoria Is A Member Of