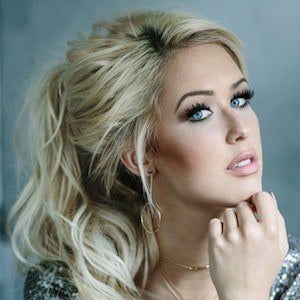 Nashville, Tennessee-based country music singer and songwriter who made her original song debut with singles called "Blame It On the Whiskey" and "Until I See You Again."

She penned her first song at the age of 12 and learned to play the guitar shortly thereafter. She would attend the Berklee College of Music.

Her touring career began in 2012 when she opened for Doug Seegers.

Both of her parents are musicians. She was born in Huntsville, Ontario, Canada.

Some of her favorite fellow Canadian musicians have included Shania Twain and Avril Lavigne.

Alexis Taylor Is A Member Of