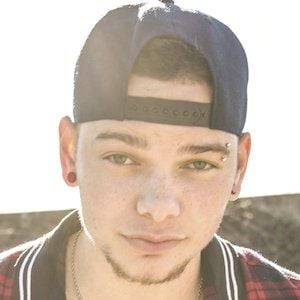 Country music singer who began gaining significant buzz in 2015 with the release of his debut EP, Closer. He auditioned on both American Idol and The X Factor (US), being chosen by the latter in 2013. He'd ultimately become known for his cover songs of popular artists. He released the EP Chapter 1 in 2016.

Growing up homeless, he moved around to cities in Georgia like Rossville, Fort Oglethorpe and Lafayette before settling in Red Bank, Tennessee.

In 2011, he won a talent show singing a rendition of Chris Young's "Gettin' You Home Tonight." He has sold out over 40 shows nationwide.

A single mother, Tabitha Brown raised him. He got engaged to Katelyn Jae in April 2017 and they married in 2018. Their daughter Kingsley was born in October 2019. On December 31st 2021, the couple announced that they had a second daughter named Kodi Jane.

In 2019, he collaborated with Becky G on the hit "Lost in the Middle of Nowhere" where he sings some verses in Spanish.

Kane Brown Is A Member Of