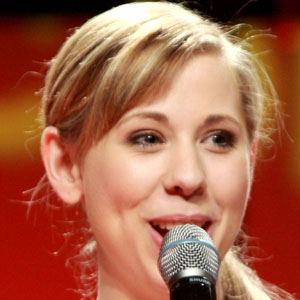 American voice actress who brought many of Funimation Entertainment's characters to life, including Musubi in Sekirei (2004).

She sang vocal parts for characters in songs and trailers.

She gained fame for providing voices for Emi Kizaki in Linebarrels of Iron, and Mizuki Himeji in Baka and Test.

She began her theatre career when she was a child.

Like director Hayao Miyazaki, she became famous from her work in the Anime industry.

Alexis Tipton Is A Member Of