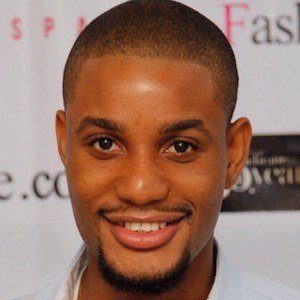 Nigerian actor known for his roles in the movies Weekend Getaway, Aina, and Lagos Cougars. He competed in 2010's Mr. Nigeria, where he finished second.

He attended Federal Government College and the University of Calabar. His first film role came in Sinners in the House in 2005.

He was born in Port Harcourt, Nigeria.

He and Monalisa Chinda both had roles in the movie Lagos Cougars. He played the title character in the music video for the Yemi Alade song "Johnny," which has earned over 45 million views on YouTube.

Alexx Ekubo Is A Member Of