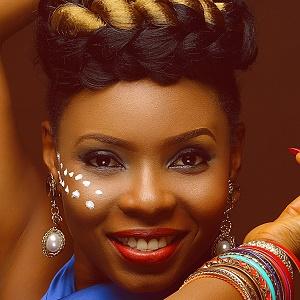 Famous for her acclaimed 2013 single "Johnny," this Nigerian Afro Pop vocalist was nominated for a 2014 Nigeria Entertainment Award and received a 2013 ELOY Award. She has earned over 1 million Twitter followers and more than 14 million Instagram followers.

After appearing in the 2009 edition of the Peak Talent Show, she recorded her debut single, "Fimisile." Her first album, King of Queens, was released in 2014.

She completed an undergraduate degree in geography at the University of Lagos.

One of seven children born to Helen Uzoma and police commissioner James Alade, she grew up in Nigeria's Abia state in a family of both Yoruba and Igbo heritage.

She is a contemporary of fellow Nigerian singer Tiwa Savage.

Yemi Alade Is A Member Of