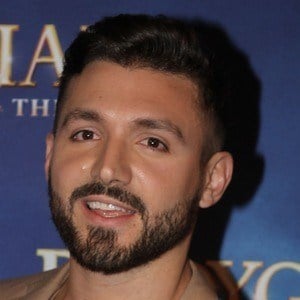 Pop singer who became known after winning The Voice Australia in 2016.

Before going on The Voice, he was an architect.

He claims he couldn't sing until after he came out of the closet as being gay in 2013.

He's originally from Sydney, Australia. He is openly gay.

He was judge Delta Goodrem's team member and her first member who went on to win the show.

Alfie Arcuri Is A Member Of