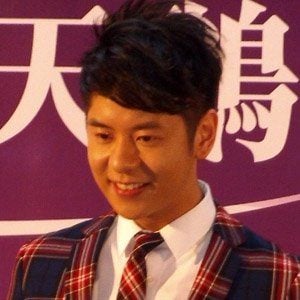 Famous for his 2009 appearance on Television Broadcast Limited's The Voice reality talent competition, this C-pop (Chinese pop) vocalist released several albums, including Blue, A Trilogy of Departure, Grandit, and The Times.

Before appearing on The Voice, He studied dentistry at the University of Hong Kong.

His songs earned numerous honors, including the Chinese Golden Songs Award (for "Mask") and the Cantonese Pop Song Award (for "Grandit").

He was born and raised in Hong Kong. His father held an executive position with the Hong Kong Kidney Foundation.

He and Jan Lamb both had singing careers in Hong Kong.

Alfred Hui Is A Member Of