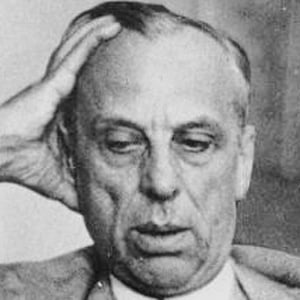 Longtime executive of General Motors. He recorded his lessons in management in My Years With General Motors, his bestselling memoir.

He finished his engineering studies at MIT, then joined GM, a small ball-bearing producer. He rose to become its president at the age of 24 and led it to $60 million in profit four years later.

He reorganized GM into separate, independent divisions subject only to corporate policy restrictions, devising an archetype for many corporations after him.

He grew up in Brooklyn, New York, the son of a coffee and tea importer.

He and John DeLorean, the famed carmaker, were both presidents of GM.

Alfred P. Sloan Is A Member Of