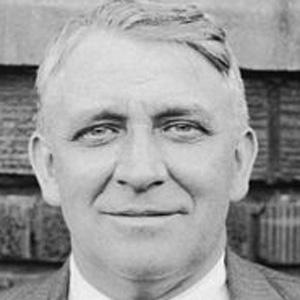 Founder of the Duesenberg line of luxury automobiles who created some of the fastest and most powerful cars of the age.

He began manufacturing racing bicycles with his brother in the 1890s. By the turn of the century, he began experimenting with gasoline engines.

His cars ran on his famous Straight 8 racing engine and were designed with overhead camshafts and four valves per cylinder.

He was born in Lippe, Germany, and immigrated to the United States with his family at a young age.

Fred Duesenberg Is A Member Of