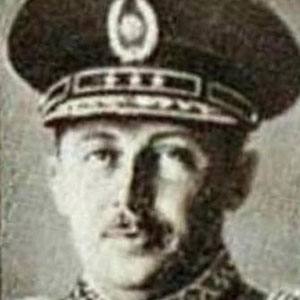 Paraguayan military leader who was President of Paraguay for an amazing 35 years. He notably gave asylum to war criminals and drug dealers.

He joined the Paraguayan Army in 1929 and advanced to Lieutenant in a mere three years.

He is the longest tenured President in Paraguayan history.

He married Eligia Mora and they had three children together. His father was a German immigrant.

Though not a communist, his 35 year term automatically put him in company with many communist leaders including Fidel Castro.

Alfredo Stroessner Is A Member Of