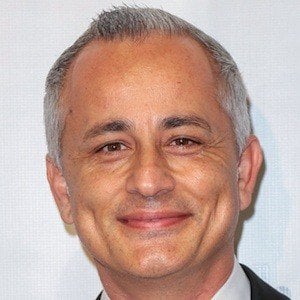 Actor and producer recognized for his appearances in popular films like Three Kings, Godzilla, The Siege. He also portrayed the Phantom Ranger in Power Rangers Turbo.

He made his screen acting debut in 1994 in the television series Saved by the Bell: The New Class.

He has produced a number of feature films including The Dog Lover, Running Wild, and Dirt.

Born to Leila Kasra and Eskandar Afshar, he has two brothers, Pasha and John.

He appeared alongside Blake Foster in Power Rangers Turbo.

Ali Afshar Is A Member Of