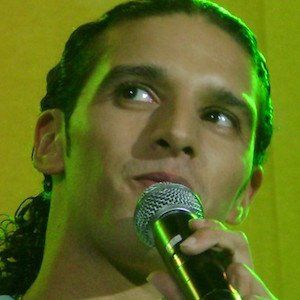 Dutch rapper known for the albums Ali B vertelt het leven van de straat and Petje Af. He also served as a coach on The Voice of Holland as well as The Voice Kids.

He released his first single in 2003 and his first album, Ali B Vertelt het Leven van de Straat, in 2004.

He took over as host of the Dutch television series Ali B op Volle Toeren in 2011.

His brother-in-law is a professional soccer player and he has a younger cousin who is also a rapper. He married Breghje Kommers in 2006; they have two children.

He recorded the chart-topping hit "Wat Zou Je Doen" with Marco Borsato in 2004.

Ali Bouali Is A Member Of