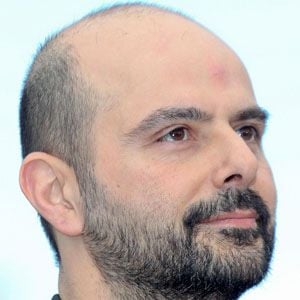 Known for directing and starring in a 2012 feature film titled The Last Step, this Iranian filmmaker and screen actor also directed the critically-acclaimed movie Portrait of a Lady Far Away and acted in There Are Things You Don't Know, Pari, and Beloved Sky.

After studying civil engineering at the University of Tehran, he made his screen acting debut in a 1991 film called Omid.

One of his films, The Last Step, was a 2012 recipient of the International Federation of Film Critics (FIPRESCI) Award.

He grew up in Tehran as the son of two Persian scholars and poets. His marriage to screen actress Leila Hatami resulted in two children: Mani (born in 2007) and Assal (born in 2008).

He co-starred with Argentine-born actress Berenice Bejo in a 2013 film titled Le Passé (The Past).

Ali Mosaffa Is A Member Of