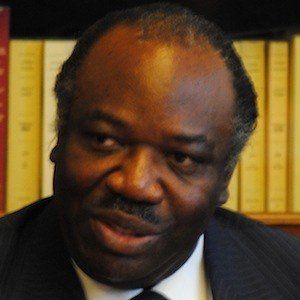 Congo-born Gabonese politician known for being the president of Gabon, a position he was elected to in 2009 after his father, Omar Bongo, died in office. He'd previously served as Minister of Defense.

He attended Pantheon-Sorbonne University in France before entering politics. He joined the Gabonese Democratic Party in 1981 and would eventually become president of the party.

Due to his nepotistic connections to government, his election was met with controversy and resulted in riots in Port-Gentil.

He married Slyvia Bongo in 1989 and has four children. His father was president of Gabon from 1967 until his death and he has two sisters.

He met Barack Obama at the White House in 2011.

Ali Bongo Ondimba Is A Member Of