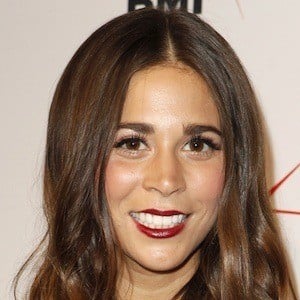 Songwriter who has lent her talents to chart-topping hits like Kelly Clarkson's "Stronger" and DJ Snake's "Let Me Love You (feat. Justin Bieber)" She is also known for her appearances as a vocal coach and mentor on The X Factor.

She grew up in South Florida. At age 14, she was discovered by Marty Cintron and signed to a record deal.

Her work on "Stronger" earned her Grammy nominations for Record of the Year and Song of the Year.

She is the granddaughter of real estate mogul Samuel A. Tamposi.

Ali Tamposi Is A Member Of