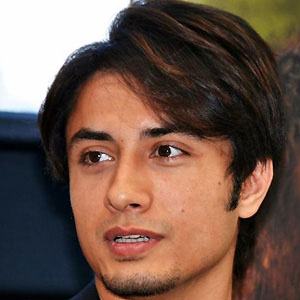 Pakistani singer of the international hit Channo, who also went into acting starring in Chashme Baddoor, the 2013 Bollywood hit.

He began his show-business career singing Jugnuon Se Bhar Le Aanchal for the film Shararat, which was directed by Samina Peerzada.

He won numerous awards for both his acting and music contributions to the 2010 film Tere Bin Laden, a satire on America's War on Terror.

He has two brothers named Zain and Danyal. In 2009, he married his long-time fiancee Ayesha Fazli. They welcomed a son named Azaan in 2010 and a daughter named Alyza in 2015.

He recorded a cover single of Bill Withers' classic Ain't No Sunshine from 1971.

Ali Zafar Is A Member Of