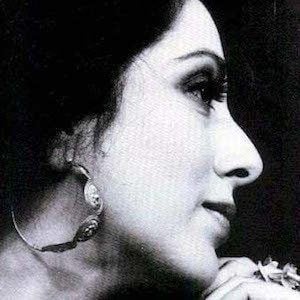 Television and movie actress who also worked as a director. Her films include Dil, Diya, Dehleez and Shehr-e-Zaat.

She starred in her first film, Nazdikiyan, when she was twenty years old.

She won multiple Graduate Awards for her onstage performances.

She married Usman Peerzada in 1975.

She and Angela Thorne were both television actresses from Pakistan.

Samina Peerzada Is A Member Of