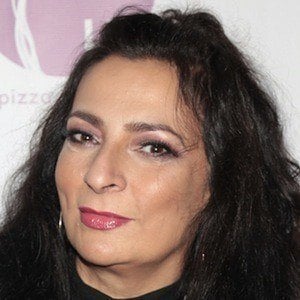 Perhaps most well known for her recurring role as Mrs. Koothrappali on the popular American comedy series The Big Bang Theory, she is also recognized for her guest spots on General Hospital, Presidio Med, Judging Amy, Chasing Life, and The Mentalist.

Before beginning her acting career, she earned degrees in International Relations and Modern Languages from the University of Wolverhampton.

She was cast in the major role of the "She - Boss" in the 2015 feature film The Switch.

The child of a single, German-born mother, she spent her youth in Birmingham and Warwickshire, England, and later lived and worked in Los Angeles, California, U.S.A.

She and Marieh Delfino were both in the cast of the 2009 horror movie Penance.

Alice Amter Is A Member Of