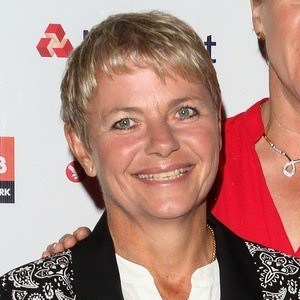 Radio host known for her time with BBC Radio 4, where she worked until the end of 2012. During her time there, she worked as a newsreader.

She attended the University of Sussex and also studied at Drama Studio London.

She spent a decade as a Tottenham magistrate.

Prior to dating Clare Balding, she was in a relationship with Sandi Toksvig.

Alice Arnold Is A Member Of