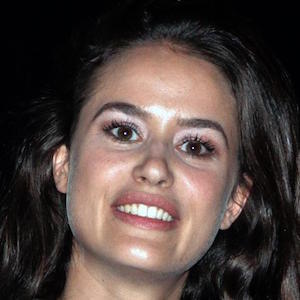 Co-star of the film Babysitting and its 2015 sequel who would also be featured in the film Never on the First Night. She was a regular on the television series Bref.

She provided the French dub of Lara Croft for the video game Tomb Raider.

She was born in Paris, France.

She starred alongside Philippe Lacheau in Babysitting.

Alice David Is A Member Of