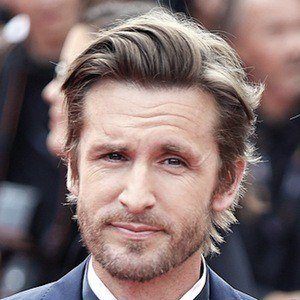 Actor and television host most well known for his roles in movies like Paris à tout prix, Heartbreaker, and his original film Babysitting and its sequel. He has had a long career in television presenting, appearing on shows like Le grand journal de Canal+ and La Grande Boucle.

He scored his first hosting gig on Fun TV in 2002 after he sent in a tape of a skit for Morning Live, a show hosted by Michaël Youn. It was after appearing on the show he was offered a co-anchor position on Total Fun.

A writer and director as well as an actor, he wrote, directed, and starred in the films Babysitting and Babysitting 2.

He was born and raised in Fontenay-sous-Bois , Val-de-Marne, a suburb of Paris, France.

As the director and star of the 2017 film alibi.com, he cast Nathalie Baye alongside him in the comedy film.

Philippe Lacheau Is A Member Of